Many of our scholars go on to recieve job offers from our partners that they interned for.  For instance, Fall 2015 Fellow Daniel Negrete is now working for the League of Conservation Voters.

Some of our scholars really shine brightly, such as Summer 2015 fellow Alec Caso who’s article Tracking bipartisan opposition to Common Core, was recently published by the Washington Times

“I am from Sacramento, California and am currently an undergraduate student at the University of California, Santa Barbara. I am majoring in Political Science and Linguistics with a Chinese emphasis and plan to graduate in the Spring of 2016. After that I would really like to either return to Washington D.C. or spend some time in China practicing my Chinese. I got accepted for an internship at the State Department, where I will be working at the Foreign Service Institute in the Special Area Studies Department. This internship is particularly exciting for me because I have long dreamed of becoming a foreign service officer and am glad to be taking the first step towards that goal. I’m glad that Washington Scholars helped me take this big step into my future.”

“My name is Michael Griess and I am a twenty one year old senior at Rutgers University in New Brunswick, NJ. I am a double major in Political Science and Psychology. For the fall semester of my junior year I had the privilege of studying abroad in Birmingham, England and had the chance to travel around Europe. At Rutgers I am a member of Zeta Psi, I was the philanthropy and social chair of the fraternity. After Rutgers I plan on attending law school with a hopeful future in real estate or entertainment law. I have spent past summers working for my family business among other odd jobs and this summer is my first actual internship and it could not have been with a better program than with the Washington scholars.”

Through the Washington Scholar Program I was able to land an internship at the World War One Centennial Commission. Unlike most internships, this one is very hands on and I am actually doing real work. I work on the fundraising and social media teams for the Commission. Both teams are intertwined by trying to get the word out about the cause to build a memorial at Pershing Park while raising money for that cause. Through this internship I have had some great experiences like traveling to the hill, meeting author Adam Novak, and seeing Vice President Joe Biden speak. It is truly a great internship.”

Edinburgh in Scotland in my final year. I major in Political Science and spent my first three years of undergrad at the University of Maryland before transferring to Scotland. In the past, I have spent my summers interning as a Production Assistant on a few different television shows. This is my first summer internship in the political arena and the Washington Scholars program has done a fantastic job placing me in the Opinion Section of the Washington Times. Additionally I am very excited to say that I have just received my first writing assignment and will hopefully be published soon. While I am not sure if I will continue in the journalistic world I certainly plan to pursue a career in Washington D.C. and this program has given me the perfect first step in that direction.”
“I am an Opinion Intern at the Washington Times. My major duties at the Times are to assist in research for my editor and to edit the opinion pages. While I am not able to write as much as interns in other sections, my responsibilities in terms of research and editing are much more intensive. Additionally any articles I do write will have an increased position in the paper. It is a privilege to have a chance to have my by-line next to such figures as Judge Napolitano, John McCain, and Nancy Pelosi. I have recently received my first writing assignment on the Common Core education reforms and look forward to seeing it in print. My tenure at the Times so far has been thoroughly enjoyable and I look forward to the future opportunities it promises.

internship at the Lexington Institute, a conservative think tank that focuses mainly on defense, energy, logistics, and education. At the Lexington Institute, I have been given the opportunity to attend various think tank events around Washington, DC and afterward I provide my supervisor with a summary of each event. In addition, I help my supervisor and other executive members with their own research, looking up research ideas, finding information, and putting together outlines or essays for each topic assigned in order to assist them. Most recently, I have begun to write my own articles, which will be published on their website. As a student, aside from networking this will be one of the most important things I take away from this internship. Leaving DC with professional experience like being published will help me in my future endeavors, whether it be entering the workforce, going to law school, or whatever opportunities arise after college.  I was very excited to join the Lexington Institute team this summer as an intern. I am from Northern New Jersey and am thrilled to experience Washington, DC. I attend school at Seton Hall University in South Orange, New Jersey which is a short train ride

to New York City. I am currently a senior in the School of Diplomacy and International Relations, with a major in Diplomacy and minors in Spanish Language and Economics. Through admission into the competitive Washington Scholars Fellowship Program, I was able to receive free housing and a living stipend to live in DC for the summer. I have visited before, but living here is very different. I enjoy every aspect of DC, and it is a great place to live. Previously, I held a position as an adviser for the Permanent Mission of the Republic of Malta to the United Nations. There, I represented the mission in the third committee of the United Nations and in European Union coordination meetings in New York City. My duties included informing the mission about the meetings that I attended, giving both a record of the meetings and informing the mission of pertinent information while giving my opinions. I am very fortunate to have received the opportunity to have worked for the Lexington Institute, as many of my interests coincide with what they focus on. I hope that through my experience there I will enhance by research abilities, and gain a greater insight into areas like defense and national security.”

“My name is Yanran Xu, and I currently attend the University of Miami. I am majoring in international studies, and am currently writing my doctoral dissertation on the Strategic partnership between China and Latin America. I have had the opportunity to attended several conferences in International Relations and have published two scholarly articles on the subject. In China, I volunteered to take care of veterans in my free time. I’ve completed two

internships in two different Chinese provincial organizations. My future plan is to finish the Ph.D study and become a professor/faculty in a university or to work in a think-tank as a policy analyst.I worked this summer as an intern at WWI Centennial Commission. There, I served as a project coordinator of fundraising, project planning, and history. I worked a lot with the fashion of the time, and contacted potential brands to see if they were producing anything that is inspired by the early 1900s. I also worked with Native American tribes and sports sponsors to see about potential partnerships. I really enjoyed the internship, and it gave me an incredible taste of the American culture that I would have never recieved in China.”

“My name is Drew Branigan and I am a rising senior at the University of Michigan,

studying political science. I was born and raised in southeastern Michigan and attended Cranbrook-Kingswood. While at U of M, I worked on Michigan Governor Rick Snyder’s 2014 re-election campaign as a community organizer and the on campus representative, as well as interning at Bowman and Brooke LLP during the summers of 2012 and 2013. After college I hope to return to the DC area and then attend law school afterwards. I work at Empire-Capitol Strategies under Bob Carey. The group does work for veterans’ interest groups and works with groups like the RNC to represent such interest groups. I am currently working at the RNC with other interns to create a database for contact information of leaders of all major veteran groups in the US. I also write blog posts for Bob Carey on issues currently important to veteran affairs. I really enjoy my work because it gives me the opportunity to experience party politics at a higher level than what I could have experienced from Michigan, something I believe is important for my political science major.” 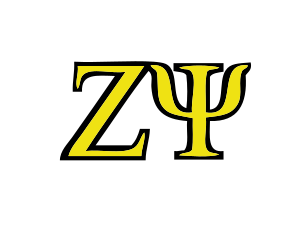 To make a one time donation please click below:

Alumni and Partners:
Sign up for monthly donations below: